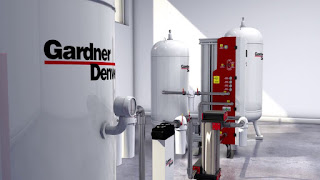 Nitrogen Generators. In many applications, oxygen is the enemy. Oxygen can cause food to spoil, rubber to deteriorate and steel to rust. The best way to combat the negative effects of oxygen is to supplant it with nitrogen. After all, the air around you is 78% nitrogen. For many years, the only option was to purchase bottled nitrogen. With the introduction of on-site nitrogen generators, users were able to cut the cord and move away from billion-dollar bottled nitrogen suppliers. This will typically lead to a huge financial savings that often results in an ROI of 18 months or less.